The architectural design process for the EU TUMO Convergence Center for Engineering and Applied Science is underway. The Convergence Center, funded by the European Union, is an educational and technology hub comprising TUMO’s hands-on educational programs, facilities for learning and work, shared labs, and the Computer science and mathematics faculty of the French University in Armenia.

MVRDV, a Netherlands-based architecture and urban design practice, won the international architectural competition to design the center — a €25 million STEM ecosystem seeking to bridge the gap between higher education and industry in Armenia. In the final round of the competition, three giants of architecture — RCR Arquitectes, BIG – Bjarke Ingels Group and MVRDV — presented ambitious visions for the project. The competition jury selected MVRDV to design the center’s 25,000 square meter campus, located on 1.5 hectares of land adjacent to the TUMO Center for Creative Technologies in Yerevan. The ideas generated during the competition will be expanded upon, leading to a final architectural design in spring 2020.

Founded in 1993 by Winy Maas, Jacob van Rijs and Nathalie de Vries, MVRDV has grown to over two hundred architects providing design solutions for architectural and urban issues around the world. Known for its highly collaborative, research-based design method, the firm’s projects include the Rotterdam Market Hall covered by an apartment building in the form of a giant vault, and the Tianjin Binhai Library, boasting undulating bookshelves around an illuminated central sphere. Since its inception, the firm has received 95 awards and nominations including several for their design of Seoullo 7017 Skygarden in Seoul, Korea, a 983-meter long inner city highway converted into a public park.

The architectural competition for the design of the Convergence Center launched in June 2019. It consisted of two stages ⁠— an open call for applicants, then three finalists invited to travel to Armenia for two days of on-site, interactive workshops with stakeholders and members of the competition jury.

“We’re building a game-changing international platform for engineering and technology with a unique approach to education,” said Marie Lou Papazian, CEO of the TUMO Center for Creative Technologies and member of the Convergence Center competition jury. “We were eager to see how different architects would interpret that vision and imagine the future home of the center.”

The competition jury was led by Hashim Sarkis, dean of the MIT School of Architecture and Planning and curator of the 2020 Venice Architecture Biennale. It included Marie Lou Papazian, CEO of the TUMO Center for Creative Technologies; Raffi Krikorian, managing director at the Emerson Collective, board member of the TUMO Center for Creative Technologies and former VP at Twitter; Jean-Marc Lavest, rector of the French University in Armenia; and Soh Yeong Roh, founder and director of the Art Center Nabi, a Seoul-based institution which specializes in media arts, robotics and artificial intelligence. 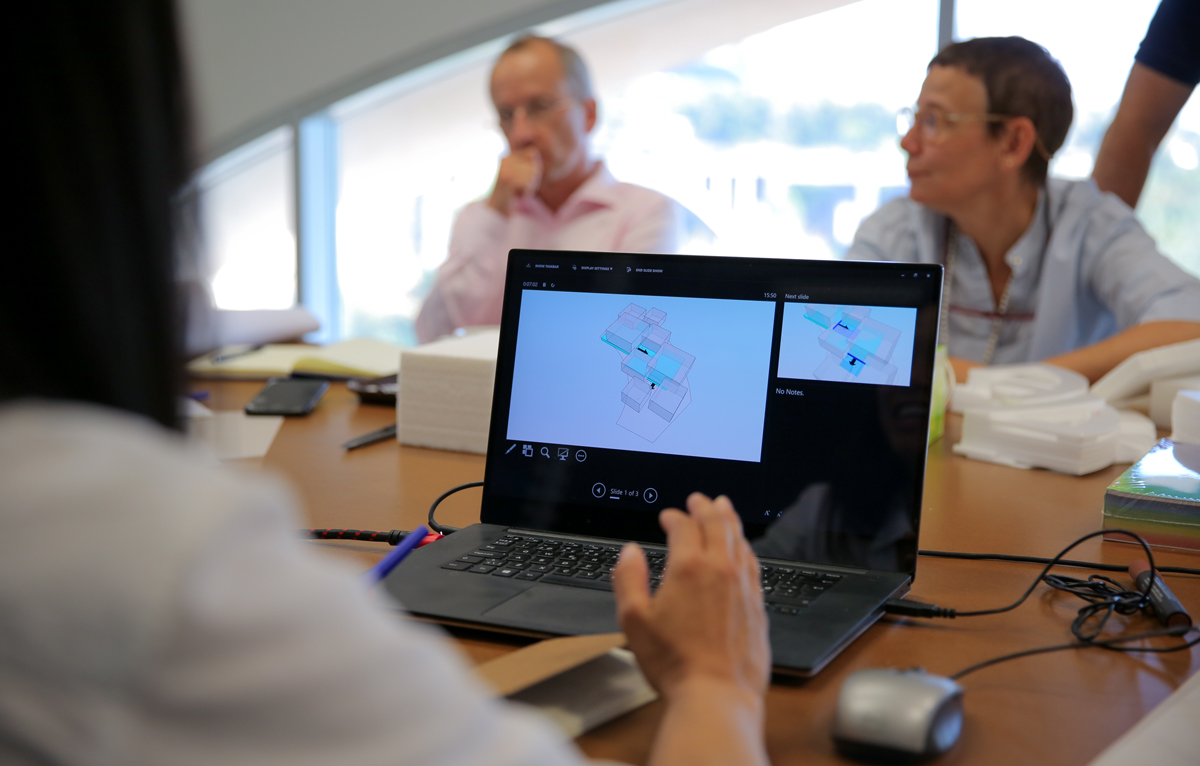 The three competition finalists were narrowed down from a pool of 67 applicants from 24 countries. Some of the world’s major architecture firms entered the competition including Japanese luminaries Arata Isozaki, Shigeru Ban and Kengo Kuma; leading international practices such as Dominique Perrault, Mossessian Architecture and AECOM; and rising stars FABRICations, Nicolas Laisne and Barozzi Veiga.

In August, teams representing the finalists traveled to Yerevan to lead on-site workshops. They set up camp in an Ararat facing room on the second floor of TUMO, where over the course of two days, they discussed the parameters of the project and built prototypes. During their workshops, finalists generated exciting ideas like a building in the form of a bridge spanning the Hrazdan Gorge, an indoor village complex, and the Convergence Center as an extension of Tumanyan Park, with the park sloping up and forming the roof of a building. 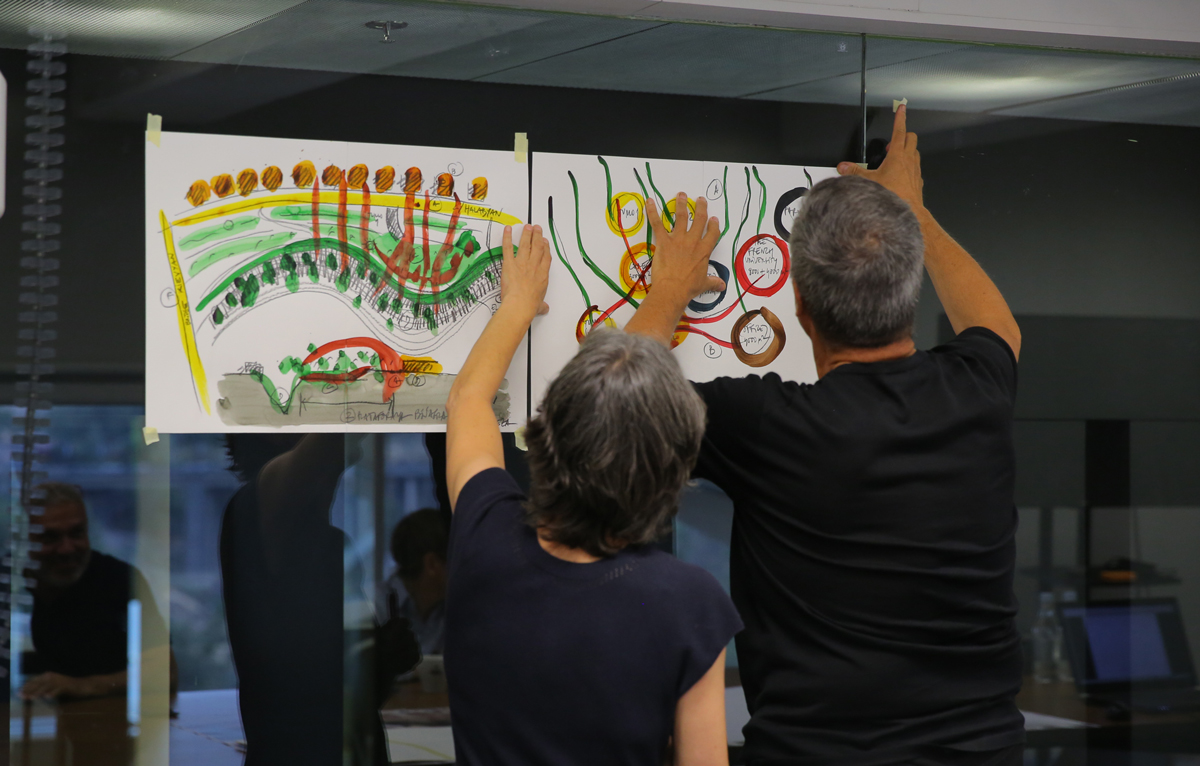 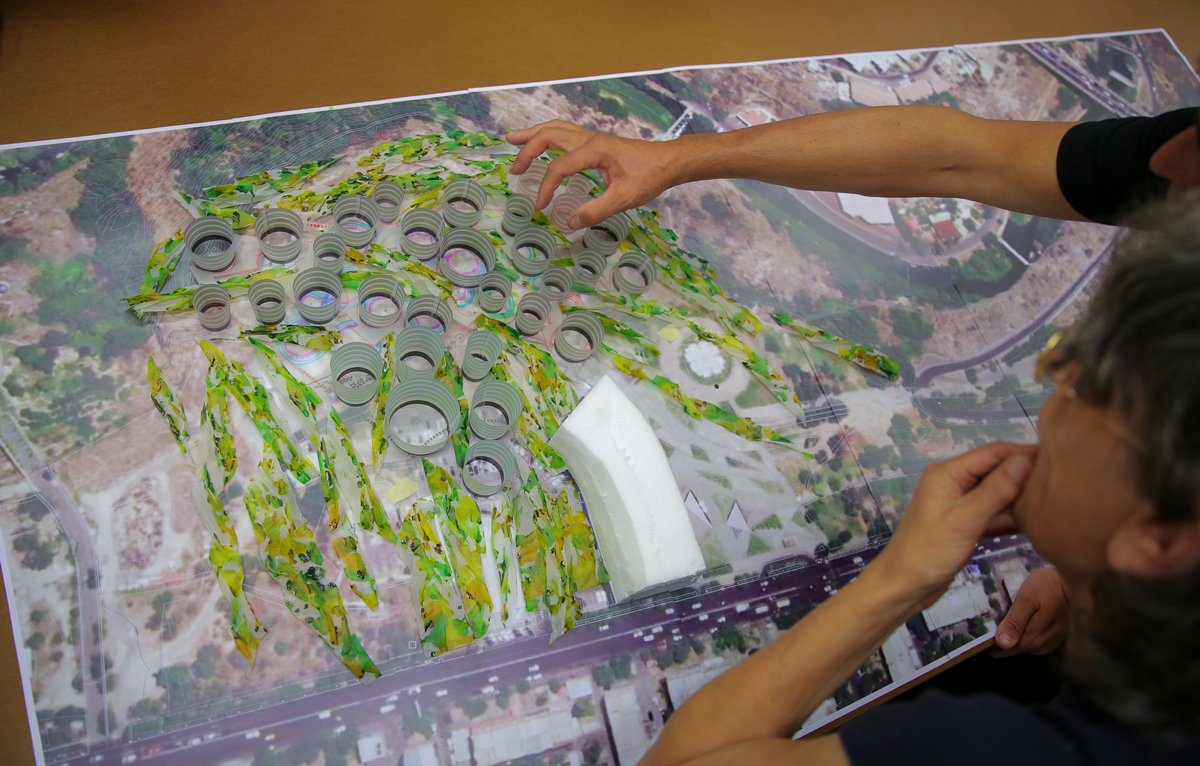 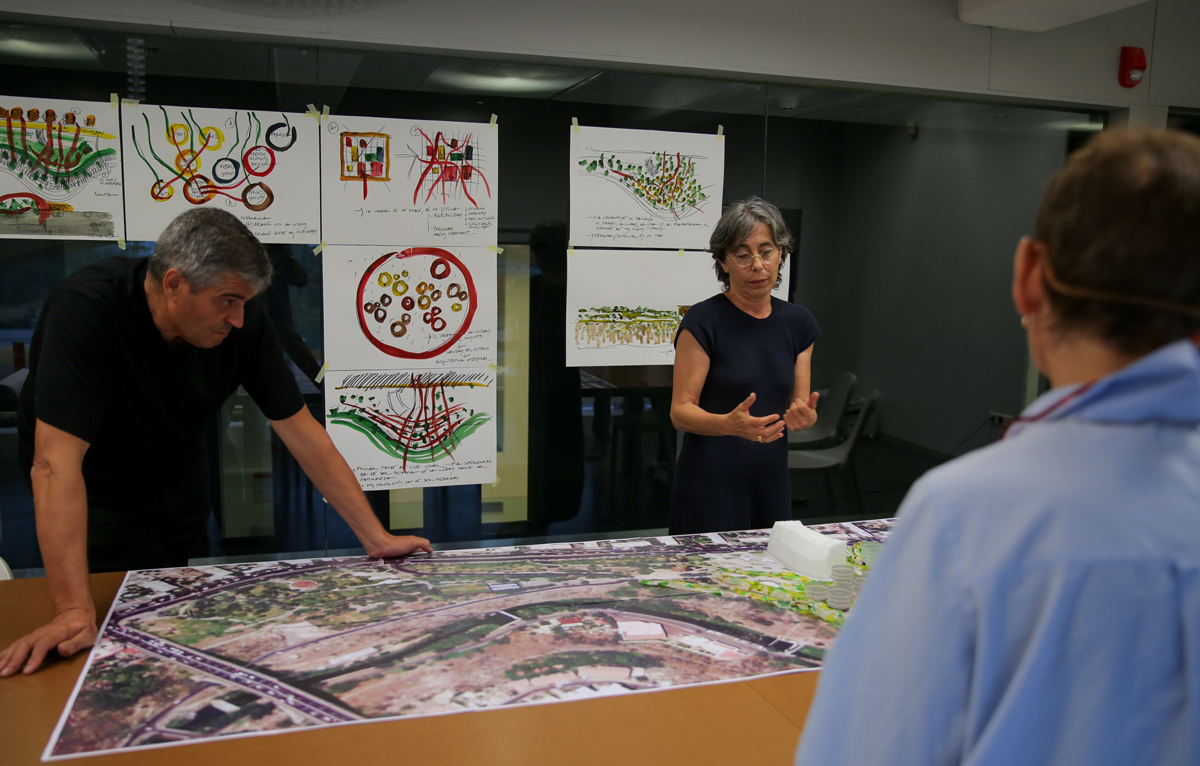 On day one of each firm-led workshop, teams visited the future site of the Convergence Center and toured Yerevan. The executive team presented the project, its aspirations and the national science and technology ecosystem. Later in the day, the firms and executive team worked collaboratively to formulate ideas based on what they had seen and learned. On the final day of the workshops, firms were given free reign to develop their ideas, reconvening with the executive team and jury in the evening for a final presentation and discussion.

“We weren’t out to judge an architectural outcome,” explained Jean-Marc Lavest, rector of the French University in Armenia and member of the competition jury. “The workshop model allowed us to gage each firm’s work style and approach to design, as well as the compatibility of their ideas with the project’s mission and stakeholders.”

The innovative design proposals that emerged during the on-site workshop led by MVRDV were responsive to the project’s vision of creating an extensible platform, a nexus for collaboration, and an accessible destination with ample public space and opportunities for convergence. Based on the insights gathered during the workshop, they will develop a concept design by spring 2020.The Convergence Center is MVRDV’s first project in Armenia and will be personally led by the firm’s co-founder and premier architect Winy Maas. 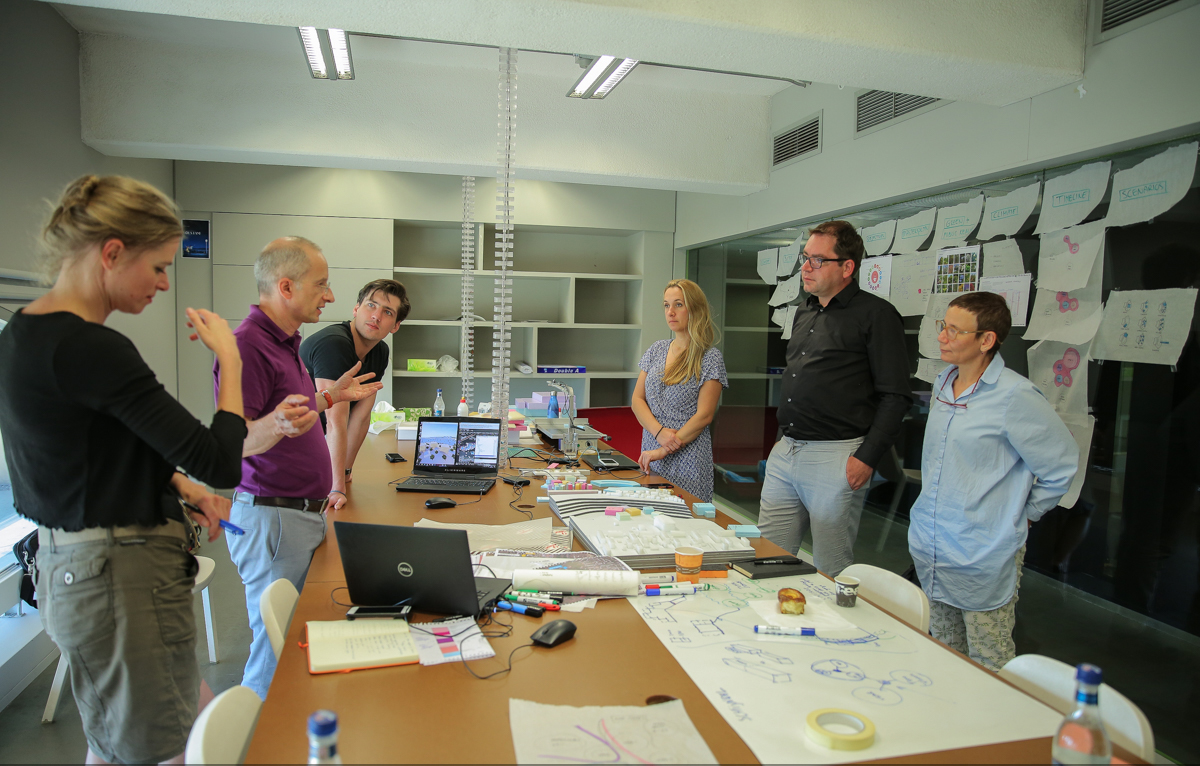 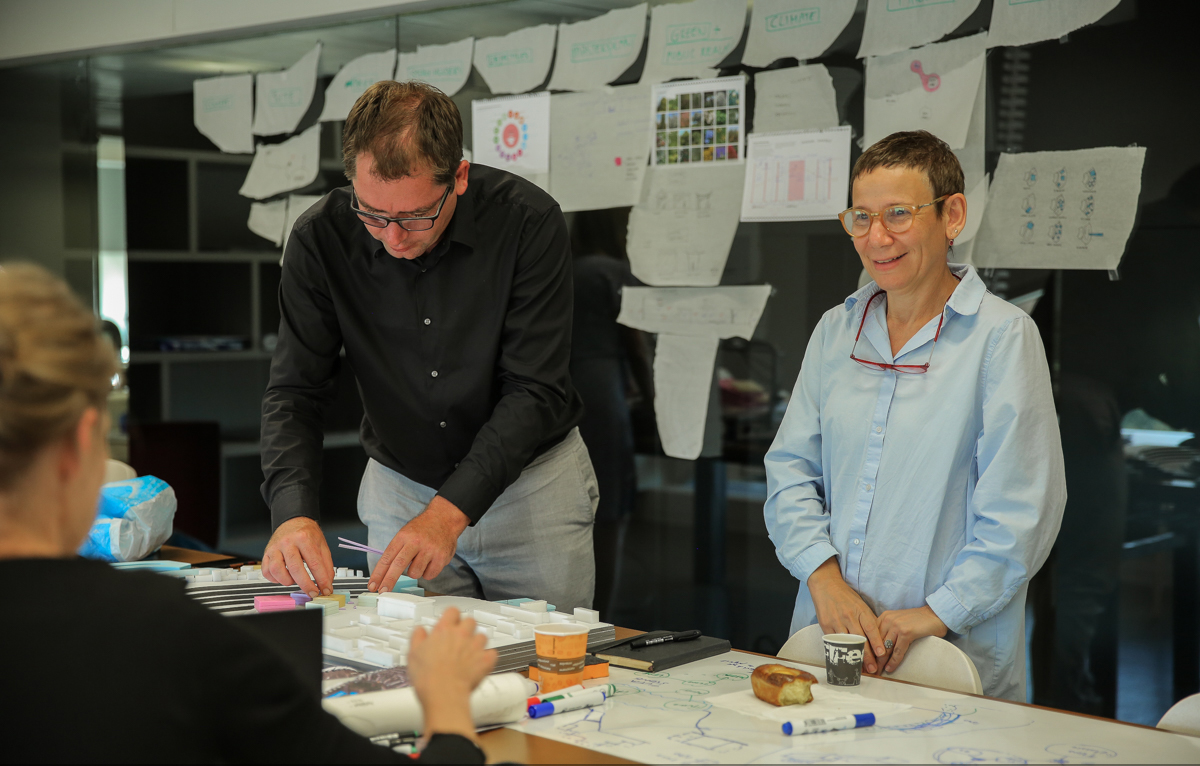 Construction of the Convergence Center is expected to begin in fall 2020 and take approximately three years to complete. It will take place in phases — allowing portions of the campus and its programming to open prior to the completion of the entire project. One component of the center, “42 Yerevan,” a branch of the world-famous 42 Network of global coding academies founded in France, will open as early as September 2020.

Three Giants of Architecture Selected to Compete for Yerevan Project